Two key aspects of a story which are often overlooked are the setting and the theme. In many cases, the setting can become like a character in the book. If this same story was told in a different time period or place, it would be different. The theme encapsulates ultimately what the story is about. Not its plot, but its core meaning.

Kate begins in Fort Laramie, Wyoming Territory, in September 1878. This is important for several reasons: wagon trains with emigrants from the Prairies heading west often began here; the city was at a major crossroads of trails, so there were more choices on which destination to choose; the city was big enough to supply wagon trains of all sizes; although the Westward migration had slowed by 1878, wagon trains continued west into the 1920s; and it was a direct run from Deadwood, Dakota Territory to Fort Laramie.

The Oregon Trail to Oregon City, California, remained open late in the year, and although most wagon trains departed in the late spring, giving six weeks of warm and dry weather, it’s possible a train left in September. The train in my story is a small one by comparison, comprising only seven wagons. Some trains could be as large as 200 wagons. However, the couple-only requirement of the train leader would keep the numbers small, as would his strong Christian morals and insistence on observing a day of rest each week, and of holding weekly church services.

The theme of this story is that we may be victims of our past through no fault of our own, but that doesn’t mean we are prisoners of what happened to us. So many folks struggle with overcoming their childhood, bad marriages, poor choices, and outright attacks from others. I wanted to tell a story with two characters desperately seeking a new start in life, a second chance, and they learn that comes only through a resurrected life in Jesus Christ.

Since no two people’s stories are the same, I chose characters with unlikely backgrounds. The daughter of a prostitute, and the brother of a stagecoach robber, aren’t likely to be people readers live next-door to. Giving my characters diverse and unusual pasts might help readers understand that there is nothing that surprises God, nothing that He can’t overcome, and no sin too great that He can’t use us.

This story has basically the same theme all my stories do: that God offers us second, and third, and fourth chances to find our way to Him. I know this for a fact. If I was a cat, I’d be borrowing another life from the pampered kitty in the high rise down the street  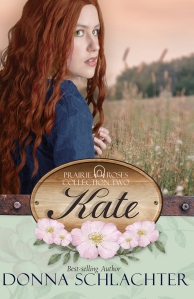 Leave a comment, and I will randomly choose the winner of a print (US only) or digital copy of Kate.

And, if you’d like a copy of a cookbook Kate could have used along the trail, containing recipes that can be prepared on a wood stove, over a fire, or in a Dutch oven, email me: donna AT Historythrutheages DOT com

A prostitute’s daughter, an outlaw’s brother, and a stagecoach robbery—can anything good come out of Deadwood?

Kate Benton, daughter of a saloon floozy, runs away days before her official introduction into that sordid life, straight into the arms of Tom McBride, fleeing from his outlaw brother’s past. Can these two young people, damaged and labeled by life experiences, tear down the walls of guilt and mistrust that separate them? Will they allow God to change them forever from the inside out? Or are they destined to remain alone forever? 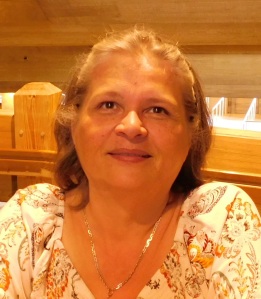 Donna writes historical suspense under her own name, and contemporary suspense under her alter ego of Leeann Betts, and has been published more than 30 times in novellas, full-length novels, and non-fiction books. She is a member of ACFW, Writers on the Rock, SinC, Pikes Peak Writers, and CAN; facilitates a critique group; teaches writing classes; ghostwrites; edits; and judges in writing contests.

www.HiStoryThruTheAges.com Receive a free ebook simply for signing up for our free newsletter!

What Can Be Online University: online courses on the craft of writing: https://what-can-be-online-institute.teachable.com/

Posted on May 9, 2020, in Uncategorized. Bookmark the permalink. 13 Comments.